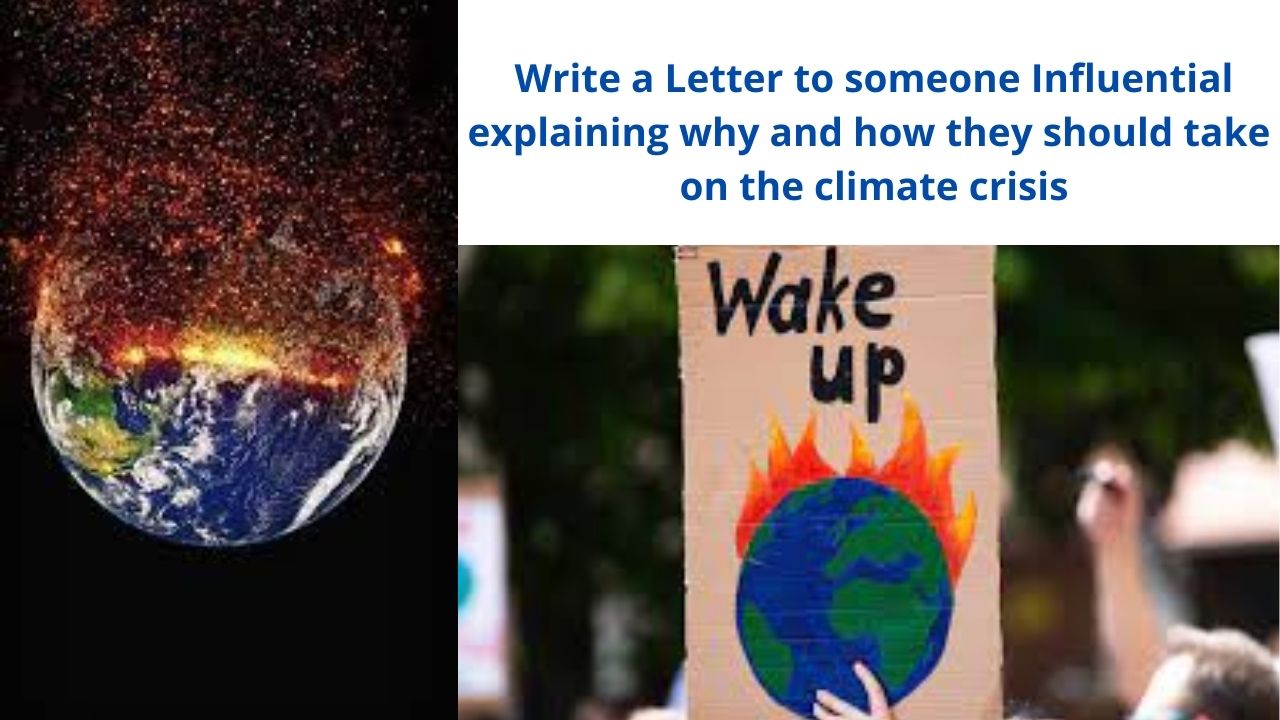 To,
The Honourable Prime Minister of India
New Delhi

The current trend of climate crisis shows a great sense of emergency and urgency about climate change. the climate is not just changing it is causing a crisis.

We all know that human activity is the main cause of climate change. Now it is the responsibility of humans to do something about climate change or else the consequences may be catastrophic.

The greenhouse emissions have raised the temperatures and glaciers are melting at an accelerating rate. Sea levels are rising. The melting of ice is creating more trouble for animals like polar bears, Walruses, Arctic foxes, and many more.

Due to an increase in temperatures, the overtime weather pattern is changing and disrupting the usual balance of nature. Temperature changes are resulting in the occurrence of more rainfall. Climate change is resulting in flooding and destroying the homes of animals and humans.

People all over the world are exposed to heat due to climate change. The occurrence of severe heat waves is the consequence of global warming. Wildfires have been spreading due to warmer and drier conditions that are linked to climate change.

Scientists are saying that 1/3 of all animal and plant species on our planet earth could face extinction by 2070 due to climate change. the decline of species and ecosystems can accelerate climate change. Climate change is a huge crisis and is happening even more quickly than we feared. it is one of the major challenges of our time.

Climate change is a threat to international peace and security. The effect of climate change will lead a heavy competition for resources such as land, food, and water. If climate change worsens, we have to face dangerous weather conditions.

Policymakers all over the world should increase the use of renewable energy sources like wind, solar, and biomass. Carbon dioxide emissions should be reduced. Necessary measures should be taken to reduce emissions for manufacturing units.

Education is an essential factor in to fight against climate change. More than 60% of the world population do not understand global warming and its consequences. Mr. Prime Minister, I request you to take the issue of educating illiterates across the world.

There are lots of advantages to addressing climate change, including improved health, increased employment in low carbon industries, and reduced inequality.

Essay On Water Crisis In India

Thanks For Reading “Write a Letter to someone Influential explaining why and how they should take on the climate crisis“.

Top 20 Most Beautiful Actresses In Hollywood